Are you a manga lover and searching for Best Manga Sites to read manga online free?  Many famous manga sites are not working now due to copyright issues. There are hundreds of fake websites are available on the internet.

Which provides harmful and fake content in the name of Manga. If you are looking for reliable and legal manga websites. Then you are in the right place. In this article, I have shared the list of Free Manga sites.

Now Manga is available in many languages like English, Russian, Hindi, Chinese, and many European languages. Read this article to find out best places to read free manga online. 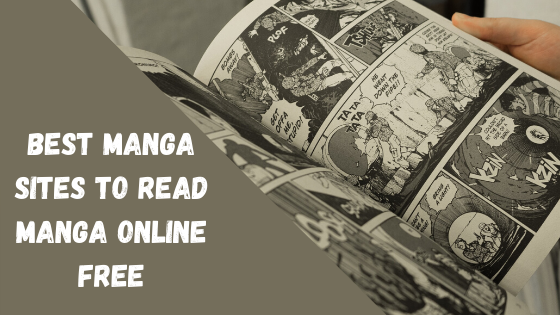 Manga is a category of comic originated in Japan. It is basically created and written by Japanese authors. In the 19th century, the Japanese created their own comic version and named it manga. Manga is read by all age groups of people.

It is very difficult to find a working manga site on the internet. There are soo many manga websites available on the internet. But not all of them are useful. If you also worried about where to read manga for free or good manga reading sites. Then don’t worry I am here to solve this issue.

In my previous article, my users are assuming that anime and manga are the same things. But both are two different content. Manga is Japanese comic books and graphic novels whereas anime is a Japanese animation comic.

While Both manga and anime considered as same in many western countries. But actually both depends on how the content is produced by creators.

Note these points before we move further:

Below I have shortlisted some good manga reading sites. You can use these free manga sites to read manga online. All the below websites are safe and secure to use. Also if you found any of the below online manga sites not working, then let me know in the comment box. I will update that with new once.

MangaFox is one of the most popular and best manga sites. This website is launched in 2008. It has a huge collection of old and new manga series. MangaFox website is 100% free to use. The user interface is very simple and easy to use. Also, while reading manga users will not see ads. Users are required to register and sign to read manga online free.

on the homepage, You will find the popular manga series, Hot Manga Releases, New manga releases, and trending section. Where users can find much top manga series for free.

You can also search your favorite manga on the search bar. It also allows users to filter series by genre like action, comedy, drama, fantasy, romance, and supernatural.

Mangafox also released its applications for android and ios devices. You can download it from the play store and the ios app store.

Mangareader is another most popular and best manga site. It is a free platform. Mangareader has a good amount of manga collections. It allows users to read manga free from adventure, action, and fantasy among other genres. But you might see some sponsored ads while using this platform.

MangaReader also has its application for android. The IOS app is not released yet. If you are an android user, Then you can download it from the play store.

The main disadvantage of this website is that you may see some irritating ads while using it.

MangaHere is another one of the best manga sites on the internet. It has a huge manga collection in different genres like romance, comedy, girls, drama, school life, teenagers, action, fantasy, and Staining. MangaHere also provides the latest manga news and leaks. The admins regularly update this website with new manga series or episodes.

On the navigation bar, you can find the latest updates, Manga ranking, and app links. Users can easily understand how to use this website.

It is also the best place to read Manga for android and IOS users. It has an official application for both.

Crunchyroll is a digital content platform. It is very famous and of the best manga sites due to its comic content. Where users can watch anime and can read manga online for free here. It provides all the manga and anime-related news and updates.

Crunchyroll is not a free website, you need to buy a subscription. The subscription cost is $7 per month. However, you can use 15 days of free trial. Because of these features, I put it on this manga list.

The website interface is very simple and attractive. Even a noob computer user can use this website very perfectly. The IOS and Android applications are also available on the play store and app store.

Mangakakalot is the 5th in this best manga site list. It is also a free manga site like others. You can read the different categories of Manga such as drama, diffuse flowers, a shot, comedy, health, romance, action. All the manga is available in alphabetical order. you can also find manga content in different languages.

The interface looks very attractive and simple. The homepage contains the latest manga version. The only disadvantage of this website is that it contains most of the manga in the Japanese language.

MangaStream is another one of the popular and best free manga sites to read manga online. It is a completely free website.

MangaStream also provides an opportunity for its users to publish their own work. You can also send your own work for publication. The mangastream interface looks very different from others. The only disadvantage of this website is its update frequency.

Kissmanga is another one of the best manga sites in this list. It has a huge manga collection of types. No matter what kind of manga you need, you can find here.

It is very famous for Manhwa and Manhua manga in the USA and Europe. Also, it has a discussion forum where you can find other manga lovers from all over the world.

Registration and sign-in are required to use this website. You can also request and report manga if you need it. The advance search feature is most popular on this website.

On the navigation bar, there is a manga list, comic list, read a novel, and watch the anime section.

MangaPanda is one of the tops and best manga sites available on the internet. It has a huge visitor base from the USA and other europian countries. It provides most of the manga content in the English language. So, if you like to read content in English then these good manga reading sites are for you.

Before accessing the content users requires to register and sign in. you can see your history and your interests in your account. The MangaPanga promises to deliver quality content to its users. And It is doing very well. The best feature of this website is its search feature. You can use its advanced search option to search exact manga for sure.

Comixology is another one of the most popular and good manga reading sites. It is a subsidiary company of Amazon. No dought you can say it has the biggest collections of digital content. Similarly, It has limited free content.

Users need to purchase popular comic content from here. It allows users to gain unlimited access by buying subscription services. So basically it is not a completely free manga website.

The user interface is very simple and easy to use for users. On the homepage, you will find trending comic, newly released, all-time popular manga, and Best of Superheroes series. There is also a search bar where users can search for any manga. Before you need to register yourself and sign in to read manga online.

You can also gift comic content to anyone by buying from here. Also, Comixology has android and ios application. You can download its application from the play store and app store. Due to its amazing features, Comixology is one of the Best Manga Sites.

MangaRaw is another best place to read manga for free. MangaRaw is completely free to all users. Even you do not need to register. Just open this website and starts reading manga.

You can also find anime in many languages other than Japanese. Hot manga content is also available on this platform. It also allows users to search by manga name and author name.

On the homepage, you will find Hot manga series, latest manga releases, and other completed manga content. you can also open a list of all manga genres on the right side.

MangaDoom is another one of the best manga sites in this list. It has a huge database of manga series and new chapters are added every hour. MngDoom is managed by a few volunteers and one admin. It allows users to use premium content absolutely free to use. Although you might see some advertisements, they are not irritating like other websites.

Similar to Mangapanda it has an advanced search feature. You can use this amazing feature to search exact manga series or chapters.

The interface is very simple and easy to use. On the top, there is a search bar where users can search manga chapters easily. While on the homepage users can find popular updates and trending chapters.

Registration is required for all users due to security reasons. Manga Club is well organized and easy to use for users.  The user interface is very simple and attractive. You can also use the search bar at the top to search manga chapters. On the homepage, there is Today’s manga ranking, new manga, yaoi manga, top free manga, and other more sections.

That’s it for this Best free Manga Websites list. You can use these free manga sites to read manga online. Similarly, some of the websites also provide the feature to download manga for free. If you found this article useful then don’t forget to bookmark this URL for future uses. I will update this list with new top manga websites soon.

I hope you will enjoy this article on Best Manga sites to Read Manga Online. Let me know if you have any other free manga websites in the comment box. Don’t forget to share this article with your friends and relatives. 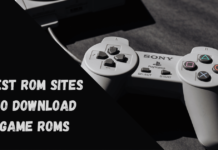